SHOP NOW
You are here:
Babyshower Ireland›Babyshower News›Difference between a Baby Shower and a Gender Reveal Party

The difference between a baby shower and a gender reveal party.

Friends and family have, for decades, gathered around mums to be and showered them with gifts in preparation for their new arrival. But gender reveal parties have risen to popularity alongside baby showers in recent years. There’s a pretty good chance you or a close friend will have one or both of these events. But what is the difference between a baby shower and a gender reveal party? Do you need both? Are they hard to plan? Who do you ask? Where do they take place? We’ll answer all your top questions about baby do’s.

Yes! The goal of a baby shower is to help the new mum get all the products she needs to look after a newborn.  Think tummy butter, nursing pads, prams and everything in between. Plus, they are a special way to make a new mum to be feel special around the birth of her first, or subsequent baby. There are decorations, gifts, food and baby shower games.

Generally, a baby shower is a party attended by the female family and friends of the mum to be. It’s rare to even have the baby’s father at the event. That is likely because some of the gifts that are useful to new mums may also be embarrassing to discuss in mixed company. The opposite is true for gender reveal parties, however. Invite close family and friends of any gender to a reveal party. Since the focus is on whether the baby is a boy or a girl, it’s a more inclusive but smaller event. Think of who would want to be the first to know and invite them.

Of course! All of the gender reveal party decorations and games will be around guessing the baby’s gender. This usually culminates in a cake, popper or balloon filled with blue or pink pigment to denote if the baby is a boy or a girl. Whereas, at a baby shower, most of the games and decorations are about parenthood in general. Perennial favourites are the chocolate bar in the diaper game or the blindfolded nappy changing game. But you can get bespoke game packs for both gender reveal parties and baby showers to make planning these events a breeze.

While gender reveal parties are wildly popular and many new parents choose to have them, they’re not yet a requirement. That’s likely due to their newness. In contrast, baby showers have hundreds of years of history dating back to the Romans and Egyptians. So, they’re simply an expected part of any pregnancy. You may want to have both, but a baby shower isn’t really something you can opt-out of. And why would you? It’s expensive getting ready for a little one and new mums need all the help they can get. 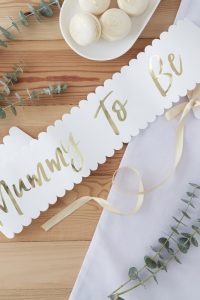 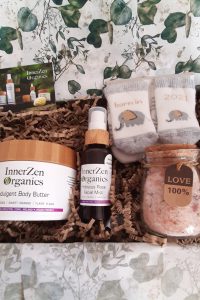 Peg Board with Gold Letters 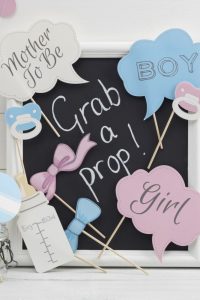 MENU
0
0
Your Cart
Your cart is emptyReturn to Shop
Continue Shopping
We use cookies to ensure that we give you the best experience on our website. If you continue to use this site we will assume that you are happy with it.I agreeI disagreeCookies Policy