If you’re looking for a great baby shower game that will get everyone thinking and will bring a lot of fun then look no further!

Guess Her Age! is a fabulous baby shower game that will get everyone involved. It will require some smart guessing from all of the guests as they try to guess the age of the mother to be in a set of photos that were found especially for this game, all of which show her journey from early childhood through to teens and up until now.

So let’s dive into what makes Guess Her Age! a great baby shower game.

Guess the age of the future mummy from the collection of her photos while you’re in competition with the other guests.

What You’ll Need to Do:

Find 10 to 15 photos of the mummy to be from different ages in her life. They can range from birth up to now. Add in some embarrassing photos (everyone has them) from her childhood for added laughs and to bring back some funny memories for her. Then write a number on a piece of card to correspond to each photo and place the photos on a table in a random order. Make sure the photos are in a spot where everyone can see them clearly and you should put a random number next to each of them so they’re easily clarified.

How to Play this Baby Shower Game:

How to Choose a Winner:

The Guess Her Age! baby shower game works really well with groups of all sizes. Even the smallest groups can play this game but we recommend larger groups because there will be more competition between the guests.

Guess Her Age! is a fab baby shower game! It’s a lot of fun as you guess the age of the mummy to be in each photo. It lets people get a more in-depth look at her journey from birth up until now. It’ll also let them get to know her a bit more as she tells stories from each photo. It’s a great game to allow her to look back on memories as she prepares to make even more memories with the little baby when it arrives.

Give this baby shower game a shot and ensure great fun for the whole group as they get a closer look into the life of the mother to be. 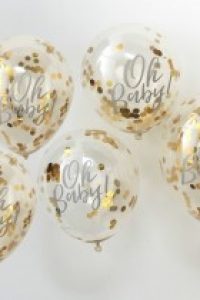